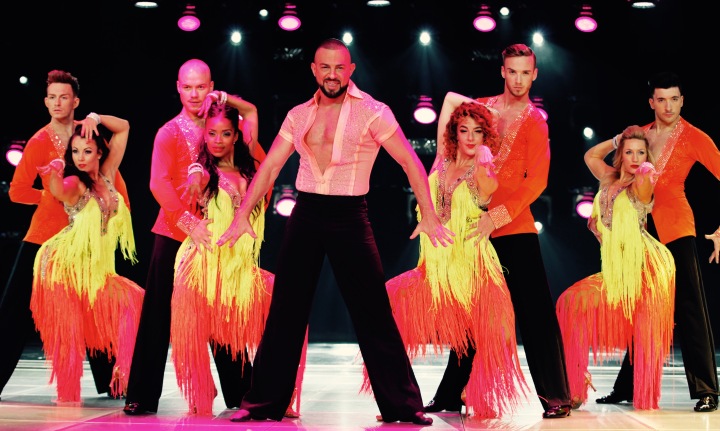 I’ve  always fancied myself as the next Darcey Bussell or Len Goodman and for one night only I got to experience what it is like to be a Strictly Come Dancing judge. Minus the paddles and scoring it was almost like being a judge on the BBC hit dancing programme.

It was what I expected from a show like Keep Dancing, full of different Ballroom dance styles, sequins, razzle dazzle, music and a lot of gyrating hips.

I must admit to you that I have been of fan of Katya and Neil Jones since the duo appeared on Strictly, they are refreshing pair to watch in that their choreography still uses the original dance techniques but their style of performance is very much current. I loved their military mash up routine where the pair were dressed in an army like outfit, dancing in time to the music with movements in military precision.

Now if you don’t remember Robin Windsor, he was a favourite professional dancer on Strictly Come Dancing and starred in the hit show Burn The Floor both in the West End and on Broadway. He also toured in the hit show Puttin on the Ritz in 2015.  Now apart from flaunting his muscular physique, which the audience seamed to enjoy a lot. Windsor brought so much passion and energy to the show,  his duet with one of the feature dancers  in A Thousand Years brought emotion. It was like watching a Disney fairy tale, it was a beautiful dance that told a beautiful love story.

Of course it wasn’t just those three Strictly stars,  they were accompanied by 12 amazing feature dancers. They really picked up the performance energy after a slow number, they stepped it up in Candyman  featuring Lindy Hop and in the Disco Medley digging out those 80’s D.I.S.C.O moves.

They got the audience up on their feet dancing along, yes it was quite a party scene at the Theatre Royal in Newcastle, full of great music and brightly coloured costumes the theatre almost felt like a night club.

And at the end of the day that’s what dance is all about, having fun and enjoying yourself.

Keep Dancing  is at Newcastle Theatre Royal from until Sat 22 April 2017.  Tickets can be purchased from the Theatre Royal Box Office on 08448 11 21 21  or book online at www.theatreroyal.co.uk