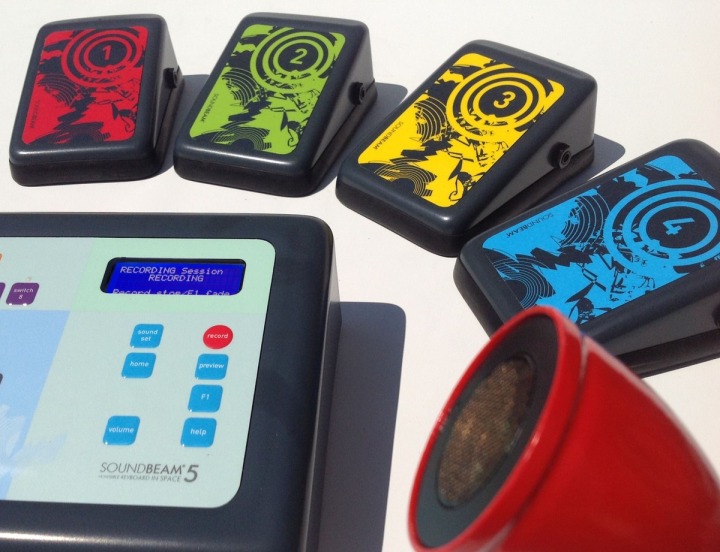 In the fourth of her series, Gemma Hirst looks at how a blind musician sees the world through music.

Andre Louis was born blind, he is a pianist that uses his music as a language and way for getting through life’s barriers.

He was given his first piano at the age of three and finds that music acts as a creative outlet “certainly. I’ll play music at all times of the day, and depending on my mood, what I write can be emotionally charged with the feelings I had at that time. I do play music to help me relax, to calm down, if I’m happy or sad.”

Andre creates music by thinking of an idea, sitting down at the keyboard and realises it through sound “sometimes what my head thinks about and what I can play do not match, so the final product can be vastly different from what I envisaged”.

Those ideas can come out of nowhere “as a musician, ideas come from all directions, without warning and if you have nothing to write them down with, you lose it. Thousands of ideas have gone the way of forgetfulness over my lifetime and many more will again I suspect. For those few I manage to capture, I can simply be grateful that I have the ability to be creative.”

He created a piece by sounds from recordings of London which were recorded and rendered in Braille called sound survey.

Though there are barriers for a blind musician working in the industry, Andre believes that music should be accessible to anyone with a disability or a visual impairment.

Which is exactly what Pool of Sound does, they are a project that enables people with learning or complex disabilities to create and record music in a studio based in Byker.

Pool of Sound was set up in partnership with Edward Lloyd Trust 10 years ago as an activity where house holders could create music, now a more elaborate project anyone who has a disability can join the project and experiment with music.

People who get involved in the project can work in the studio, create music, sing songs or play an instrument and have it recorded onto a CD to take home. Brain Wilkinson who coordinates the Pool of Sound says “it enables people to do music regardless of their ability and enjoy the activity without having a boundary.”

The music project provides a variety of sessions such as one to one music sessions, where clients work with musicians to create music that they want and that is tailored to their preferences. The Group Music Session works with groups, who may want to sing, play music or dance to songs that they have chosen with the project musician- the content that they create will be produced into a CD. They also have a The Drop In Band, which is for people with learning disabilities; the band is a mixture of musicians who are able and disabled.

The Pool of Sound focus on the creative side and freedom rather than teaching and focusing on improving moving music skills as Brian adds “The Pool of Sound are all about creative expression, it is the foundation of what we do as part of our project we want to break down the barriers to let people have fun and enjoy music- to express themselves through music.”

They also specialise in an instrument called Soundbeam which is an invisible keyboard, it enables people with a physical disability to make music using sensor technology and body movement.

Tim Swingler is trained in psychology and created the Soundbeam Project wrote about the benefits of using Soundbeam in a paper for the Australian Journal of Music Education explaining how it can help people with disabilities “those using Soundbeam for music education have discovered that children who are able to take control of their music making develop not only expressive and practical movement capabilities”.

Tim is a contributor to the International Society for Music Education commission on Music in Special Education, Music Therapy said how Soundbeam has helped a 14 year old who was diagnosed with cerebral palsy “Soundbeam however has allowed him to learn to play instrumental sounds melodically and rhythmically, and to compose original music of a quality at least equal to that of many able-bodied young people of his age” showing how this musical technology has made musical accessible to disabled people “musical development at its simplest in that the equipment has given him the opportunity to manipulate sound in a controlled manner in the way that the able-bodied can.”

Julia Gorman who practices in Music Psychotherapy has a passion for is interested in the effects of being involved in music explaining, “music and other art forms is an emotional outlet it allows people to express what they can’t articulate through verbal means via a creative form.”

Julia is interested in music and the relationship it has with a person’s mental well being started when she was training in psychotherapy. Always being a creative thinker she wanted to find something that was going to help her de stress from her life, she joined a choir and found that through singing she was able to reflect on herself and let go of all the stress and emotion she had within her.

Telling us the benefits of engaging in music she adds “we need to try to be more creative and colourful and let music free our minds and inspire us, engaging in art can exert a physical energy- we can paint with colours and let out all those feelings through a canvas and make a manifest off it creatively.”

Proving that music can be accessible to anyone no matter what their disability. Isn’t it great that music can provide another form of communication for musicians and let artists see the world through a musical eye?

To see the Shorthand Social version of the article click here