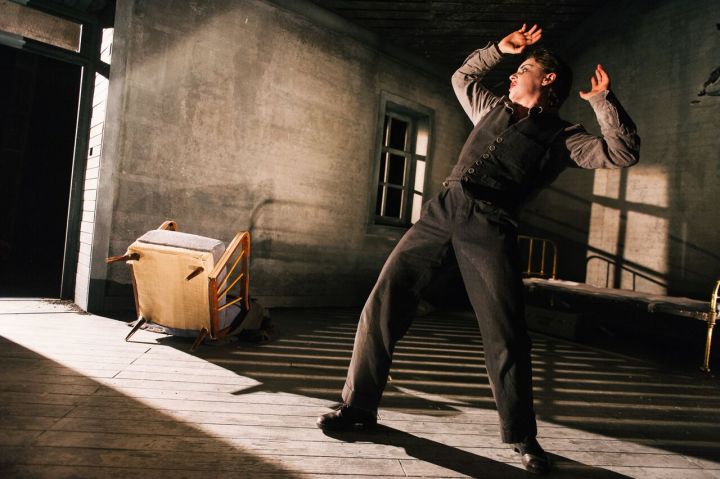 Written by Manfred Karge and translated by Alexandra Wood, this modern German fairy tale tells the story of a woman called Ella Gericke, who lived with her husband Max until one day he died. Then the Nazis arrived…

It is based on a true story, as we witness Ella’s determination in a volatile 20th century Germany where she adopts the identity of her dead husband to survive.

Man to Man is a striking and spellbinding modern fairy tale inspired by the traditions of German storytelling. It gives audiences an incredible insight into what life was like in 20th century Germany, including the radical changes of the Nazi’s rise to power, the Cold War and the Berlin Wall coming down.

Renowned as one of the UK’s leading presenting houses, Wales Millennium Centre has recently embarked on producing work with the intention of taking the very best made in Wales to the world. As one of our first productions, Man to Man demonstrates the bold ambition of Wales Millennium Centre as a national home to the performing arts – to Inspire our Nation and Impress the World.

Director  Bruce Guthrie, said: “Man to Man is a series of fragmented memories that our protagonist Ella is remembering and re-living. She is a working class character with no sense of self pity: a hero in many ways who finds herself having to make life and death choices on a daily basis.  I found that compelling when I first read the script. It is a familiar yet alien world. This version is about taking the audience on a sensory journey, evoking different reactions based on the series of potent memories explored.”

Man to Man is on at Northern Stage from 17th-18th October.