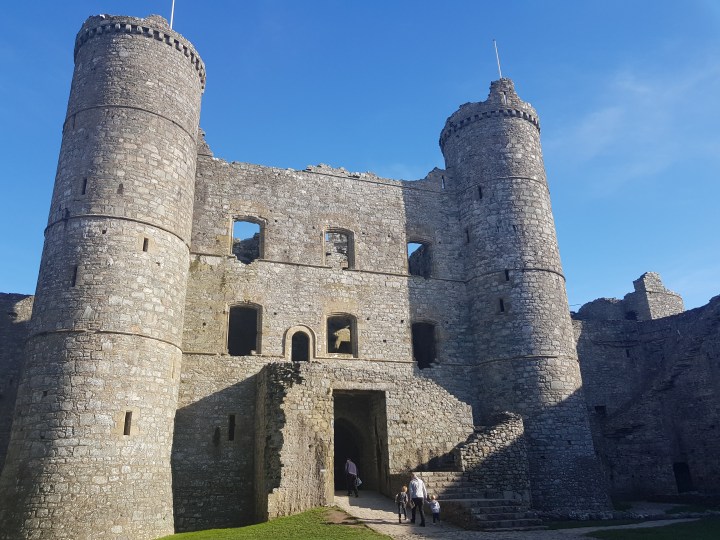 Harlech is a seaside resort in North-West Wales. It lies on Tremadog Bay in the centre of Gwynedd, within the Snowdonia National Park.
Again before I start any adventure, I neede some scran first. Recommendations on Trip Adviser had mentioned the cafe in Harlech Castle is really good there. And it was, I ended up with a sandwich and a drink, just a little something to get me through my adventure. 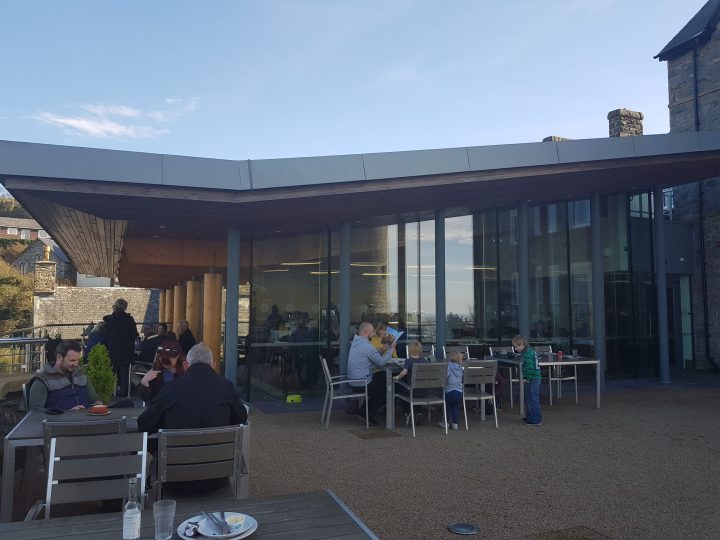 Unlike Beaumaris, Harlech Castle was finished.  You may have heard of Men of Harlech.’ It is said to be the nation’s unofficial anthem, loved by rugby fans and regimental bands alike, is said to describe the siege which took place here during the War of the Roses, wherein a handful of men held out against a besieging army of thousands.
Harlech castle was created by an army of nearly a thousand skilled craftsmen and labourers. Edward liked to use only the best masons from Savoy and England’s finest carpenters and blacksmiths. At the time this was one of the cheapest of Edward’s castles. A snip at a mere £8,190. 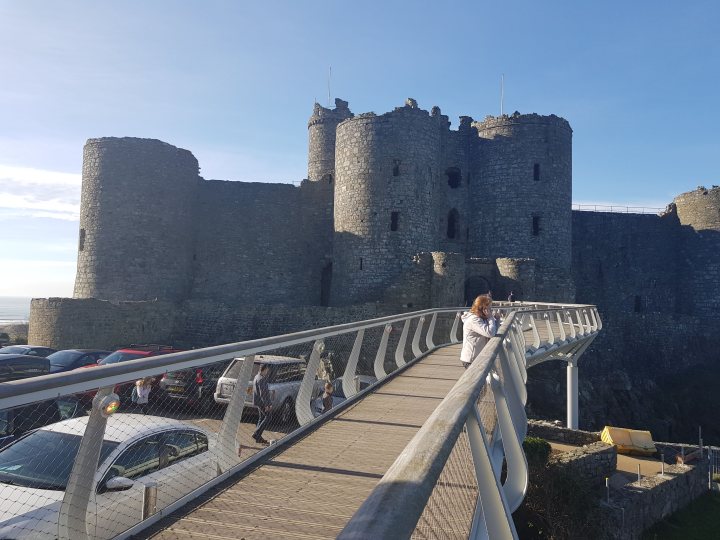 The castle is full of walls and towers, you can see the photo above there, a walkway bridge to get to the castle. Back in the day, there would have been a  channel that would have connected the castle and the sea.
When I got to the castle, I was so impressed with not just the castle but the view. Wales is such a beautiful part of the world, I don’t feel like I am in the UK when I look at the surroundings of Wales.
The patchwork shades of green that create mountains upon mountains, absolutely breathtaking.   I was lucky that it was a nice sunny day so it just made the adventure even better.
I was just walking around the outside of the castle, taking in the views and the weather. 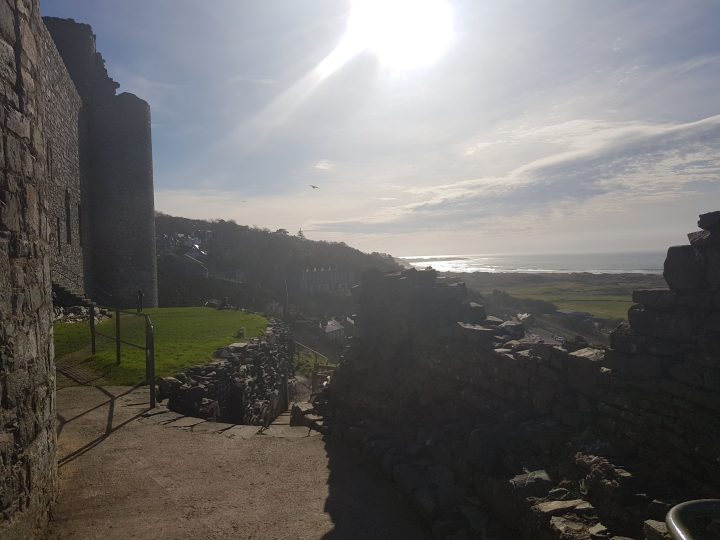 I was overwhelmed by a very tall turret, so I headed over and peered around the corner and there were lots of stairs, I did try to count them but I forgot how many 😦
I was out of breath as I got to the top and wondered how the soldiers would walk up here, wearing all that chain mail- they must have been knackered. I know I was. 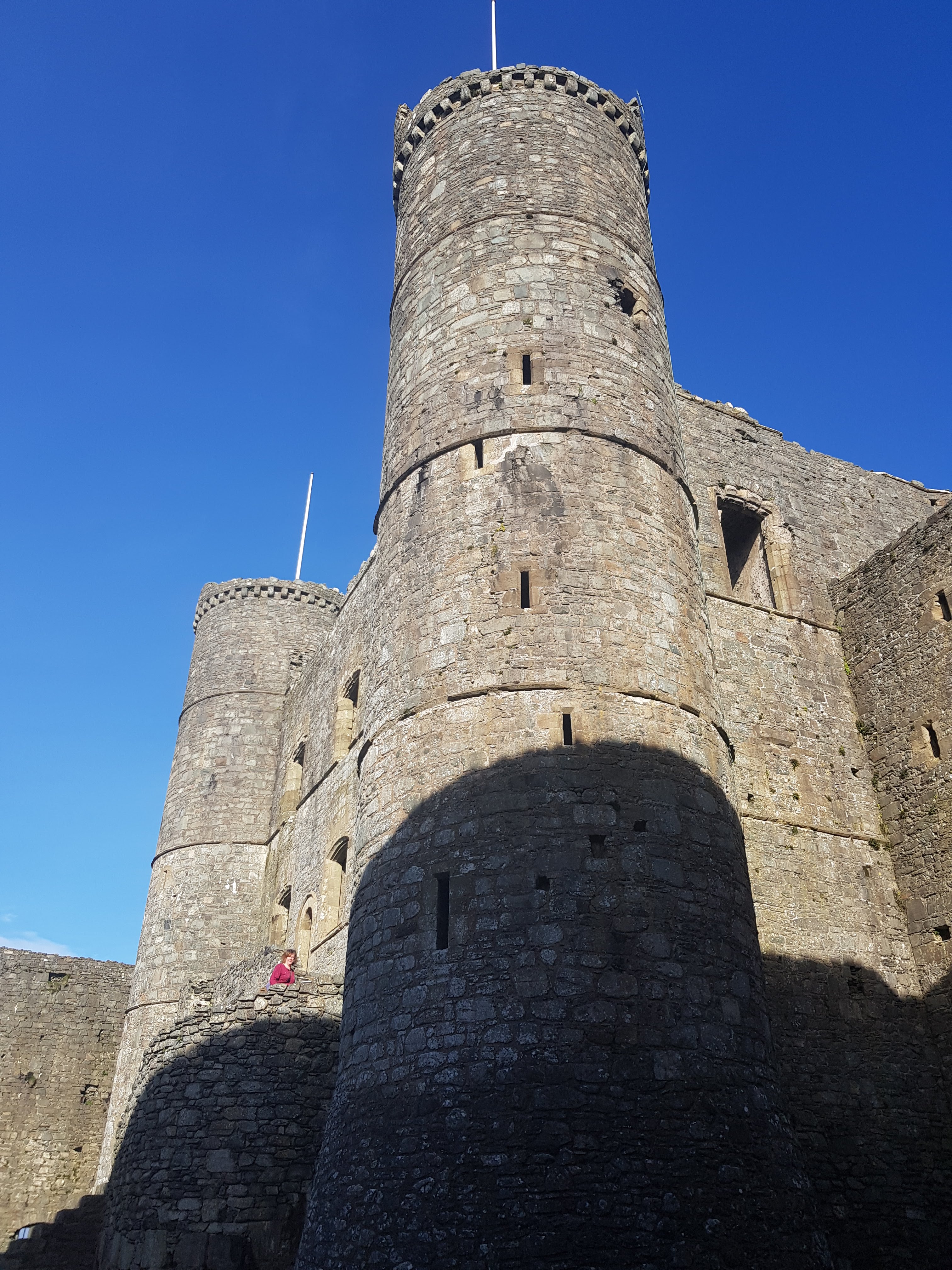 But that climb was totally worth it, getting to the top and appreciating Wales from a higher perspective. 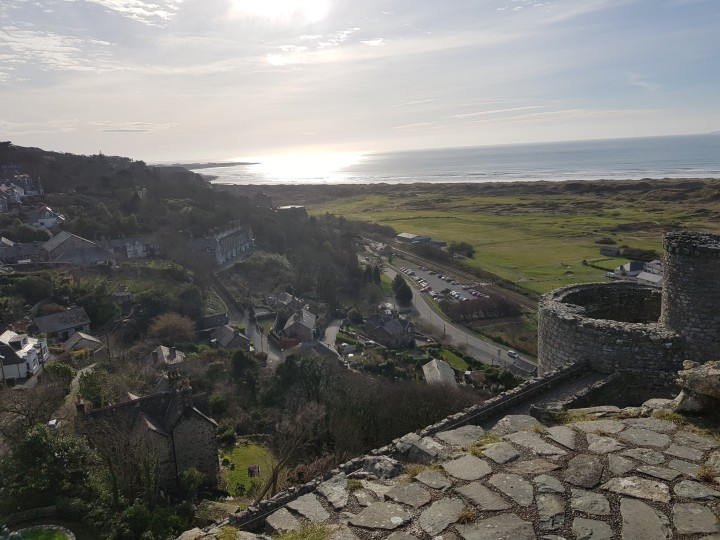 Just really taking in Wales in all its glory.
You can’t see it in this photo but I could see an interesting statue down there. So off I went to check it out.

It symbolises love and war. It is an interesting piece and a pokemon stop if you are on the old Pokemon Go.
I loved my little trips to Wales and will definitely be back.
For more information about Harlech Caslte click here