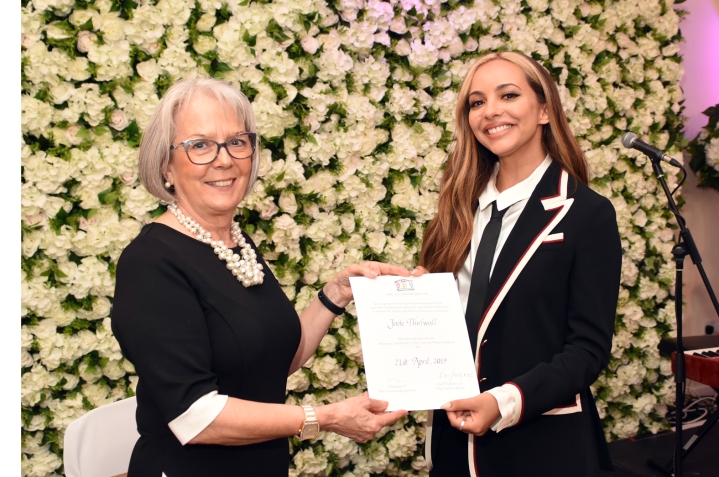 North East’s Jade  Thirlwall has been honoured by her hometown theatre.

The singer honed her skills at The Customs House in South Shields, appearing on stage on numerous occasions before finding international stardom via The X Factor.

Jade, 26, who climbed Mount Kilimanjaro for Comic Relief this year, said: “I am so, so happy to have been given this award. I’m very proud to come from South Shields and to have learned so much from performing at my local theatre.

Jade was welcomed into the fellowship by Ray Spencer MBE, Executive Director of The Customs House, at a ceremony for invited guests, including fellow The X Factor winner and Honorary Fellow, Joe McElderry.

Both Jade and Joe, who have been friends since they started singing together as teenagers, were interviewed by BBC Look North presenter Jeff Brown as part of the event, which raised funds for The Customs House Trust. 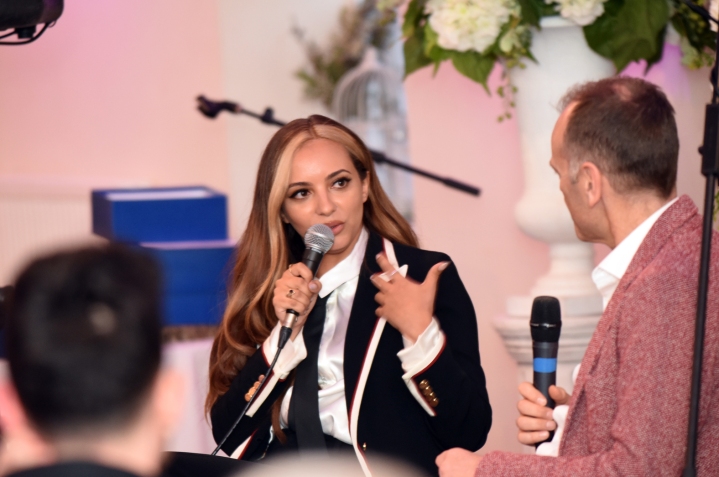 Jade adds  “The Customs House certainly helped me and I will always support them, see shows there whenever I’m home and take great pride in my Honorary Fellowship award.”

During the ceremony, Jade was also presented with a personalised piece of artwork by South Shields artist and Honorary Fellow of The Customs House Academy, Bob Olley.

Jade’s talent was spotted at an early age on the performing arts circuit in South Shields and she was a member of several groups, including South Shields Musical Society, Performers Stage School and John Christopher Theatre Company.

Honorary Fellowships are award to people who are from or have been associated with, South Tyneside, who have gone on to make a significant contribution to the development of arts and entertainment.

Other North East Celebs who have also worn the Honorary Fellowship include Sarah Millican, Jason Cook and Chris Ramsay.