During my week off I really wanted to go outdoors and not be staring at my phone as much. I was lucky that when I was on holiday with my family, the sun was out so I could really enjoy being outside.

As you can see by the title of my blog I visited Rhyl Beach and explored the North Wales coastal path.

It is a mixture of stones, pebbles and sand,  I would not bring out your flip flops for this one.  There is a caravan park next to the beach so it must be a popular destination in the summer.

We were there before the school holidays so it was really quiet, which I did not mind. It was nice to just be with nature and hear nothing but the waves crash against the rocks and the birds singing. 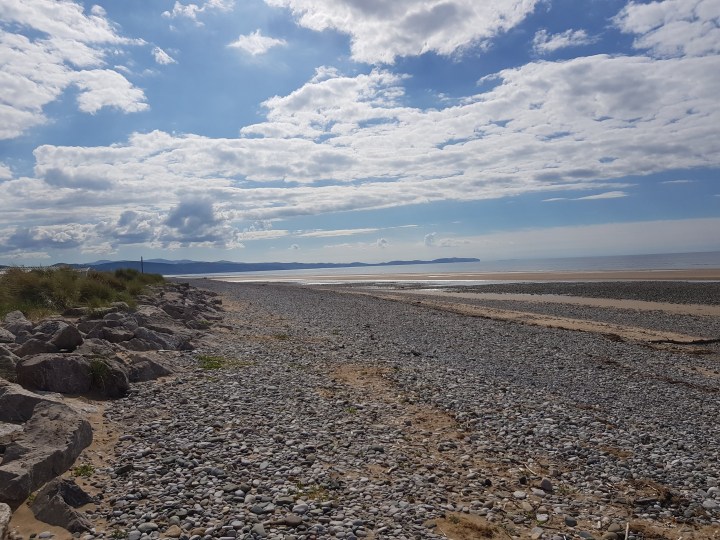 I wish I could have bottled that sound and taken it home to have it constantly played in my room. It was so relaxing and I could have sat there all day and just listened to the world going round.

We walked along the boardwalk called Hortson’s Nose to fully appreciate the view of North Wales Coast.

It is called Horton’s Nose because it used to belong to a man called Horton and it is shaped like a nose.  Denbigshire County Council has planted marram grass to hold the dunes together and to prevent the sand from blowing away.

As you can see on this map, the beach is full of wildlife.  We were on the lookout for Larry the Lizard, poor Larry does not have a tail because a crow grabbed him from his tail and it fell off.  Larry must have been asleep that day as we could not see him.

From the beach to the Quayside and exploring this wonderful bridge called the Pont Y Ddraig. The name was inspired by Leon Jones from Ysgol Maes Owen, it was opened by Mark Colbourne MBE in 22nd October 2013. 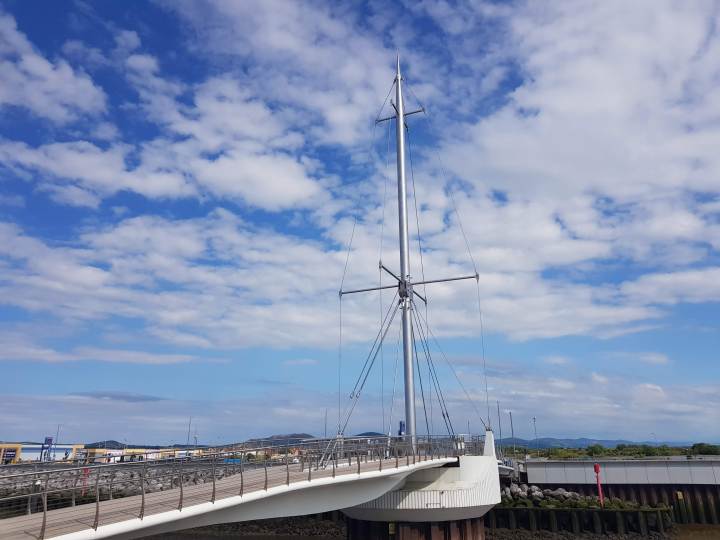 It was such a beautiful day and the river Clywd was calm and it was quiet. I would say that Rhyl is a developing town, they have some new shops coming and they have just opened a new leisure centre which looks amazing and a lot of fun for kids.

I enjoyed these three sculptures created by Sustrans Portrait Bench. I did not know who they were meant to be but it does tell you on the bench.

I am still non the wiser but I liked looking at them.

I enjoyed Rhyl and it is a lovely little holiday town and I can see what they are doing to it once everything is developing and funded.