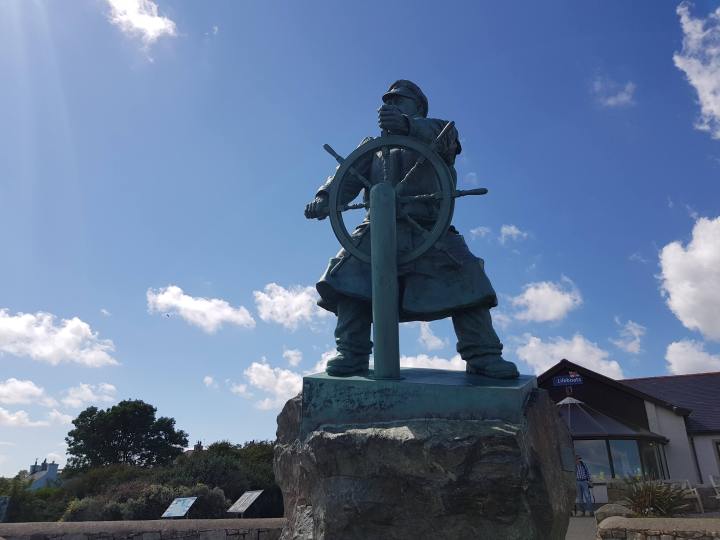 I love North Wales coastline and especially in the week that I was there, the weather was so sunny it made my trip even better.

I and the family were only there for a short amount of time but it was like a little seaside holiday when we were there. 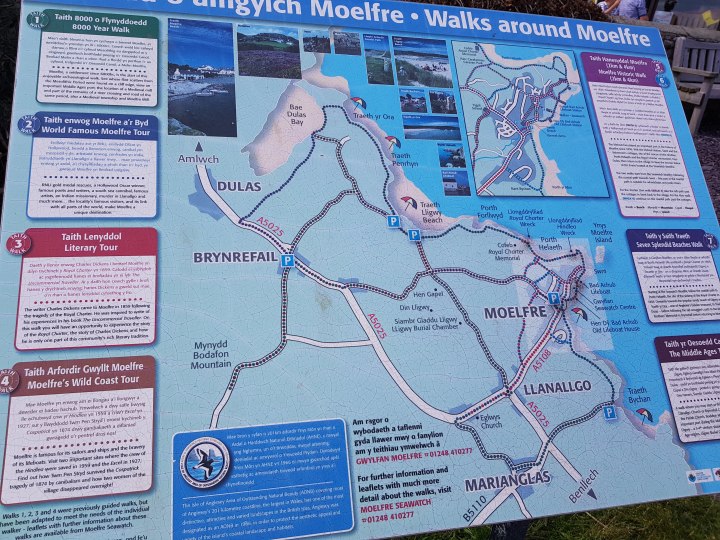 We parked in a car park near the RNLI centre, there is a strong sense of maritime history in Moelfre. 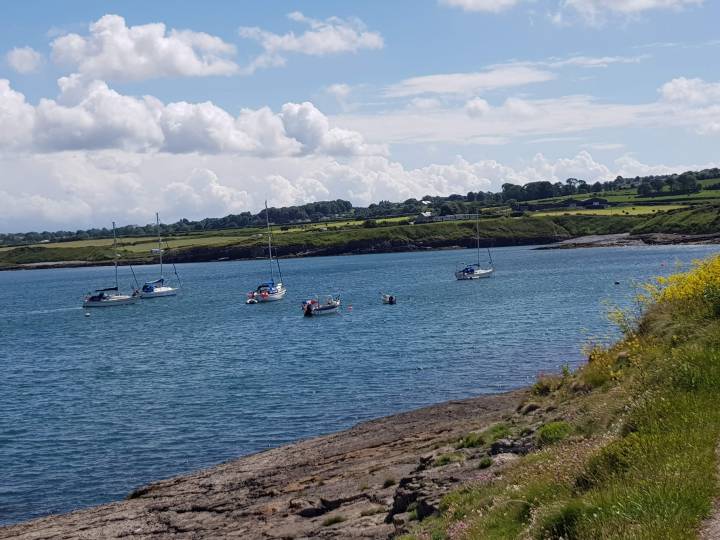 You see the sculpture in my photo according to History Point.com this sculpture is of a lifeboat hero called Richard Evans.

This bronze statue of lifeboat hero Richard Evans (1905-2001) was created by sculptor Sam Holland and unveiled by Prince Charles on 23 November 2004. Few lifeboat volunteers are awarded the RNLI’s gold medal for bravery, but he was awarded two. 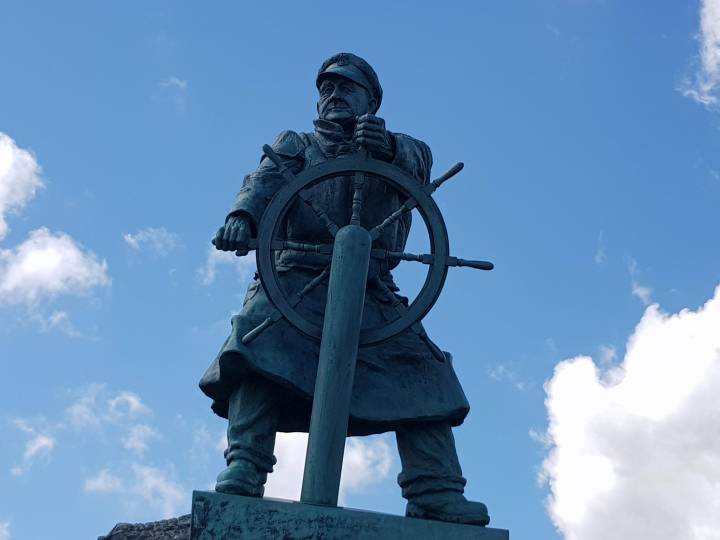 We went in the RNLI Centre and saw a boat in the middle, we were told by a volunteer that this RNLI boat was used in a birds eye advert. 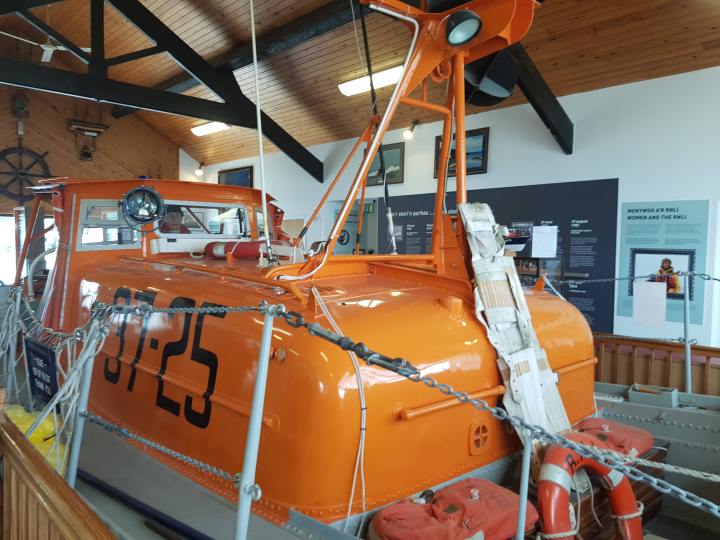 It is only a small centre and it was such a nice day, we wanted to take advantage of the weather. So we headed off for a little jaunt along the sea.

It was so beautiful, it felt like I was abroad with the sun shining on the water like that. 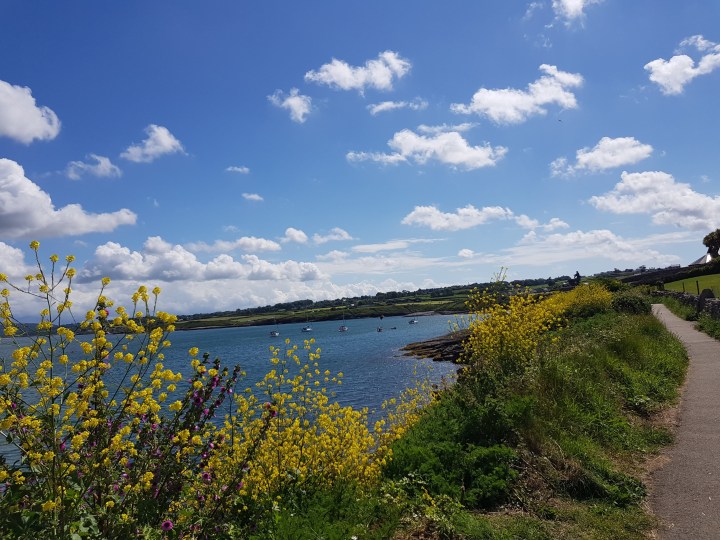 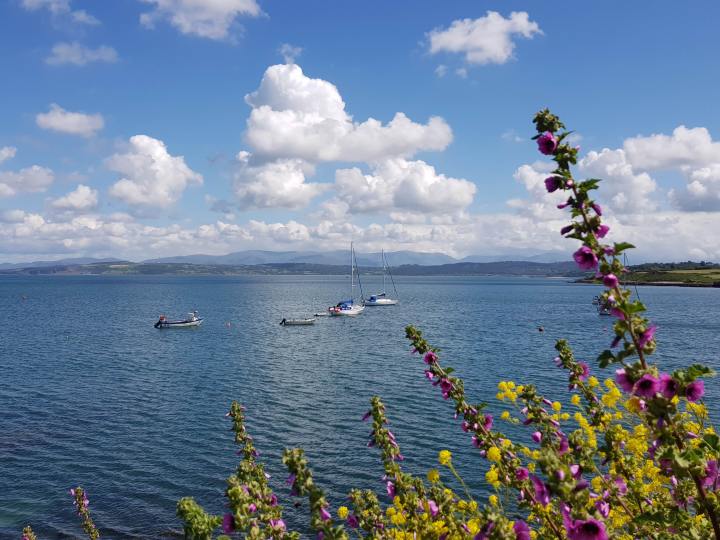 And of course when in Rome (well… Wales) and it is sunny. You have to have ice cream. We found an ice cream parlour, check out their Instagram here 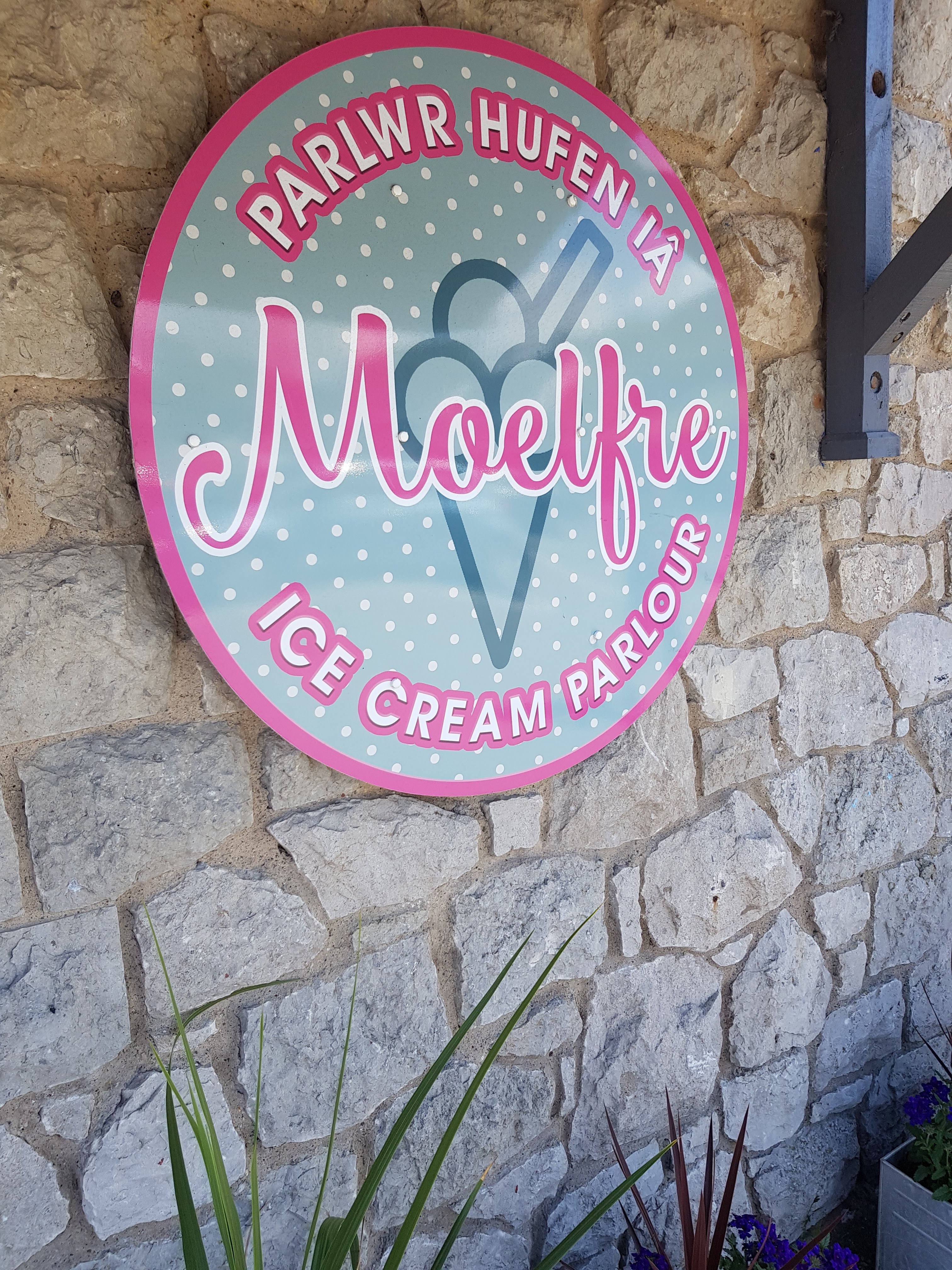 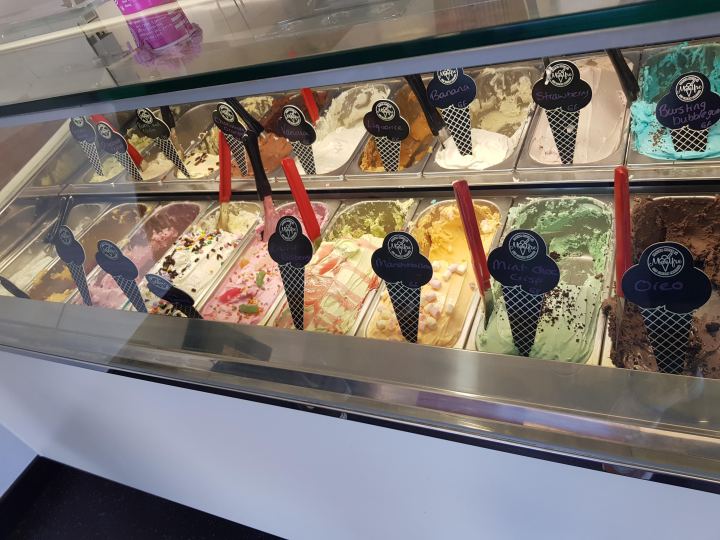 They had so many flavours, I wonder if you can guess what I chose?… comment or tweet me with your guesses 😉 But it was very tasty and it is just what I needed in the hot weather.

On our way back, we noticed that there was the Moelfre Lifeboat Station and

This is the Tamar Class Lifeboat Station.  It was introduced in 2005 and it  was the first to be fitted with an integrated electronic Systems and Information Management System (SIMS), allowing the crew to operate the all-weather lifeboat from the safety of their shock-absorbing seats.

the Tamar is named after the Tamar River, which is 50 miles long and forms a natural boundary between Devon and Cornwall. 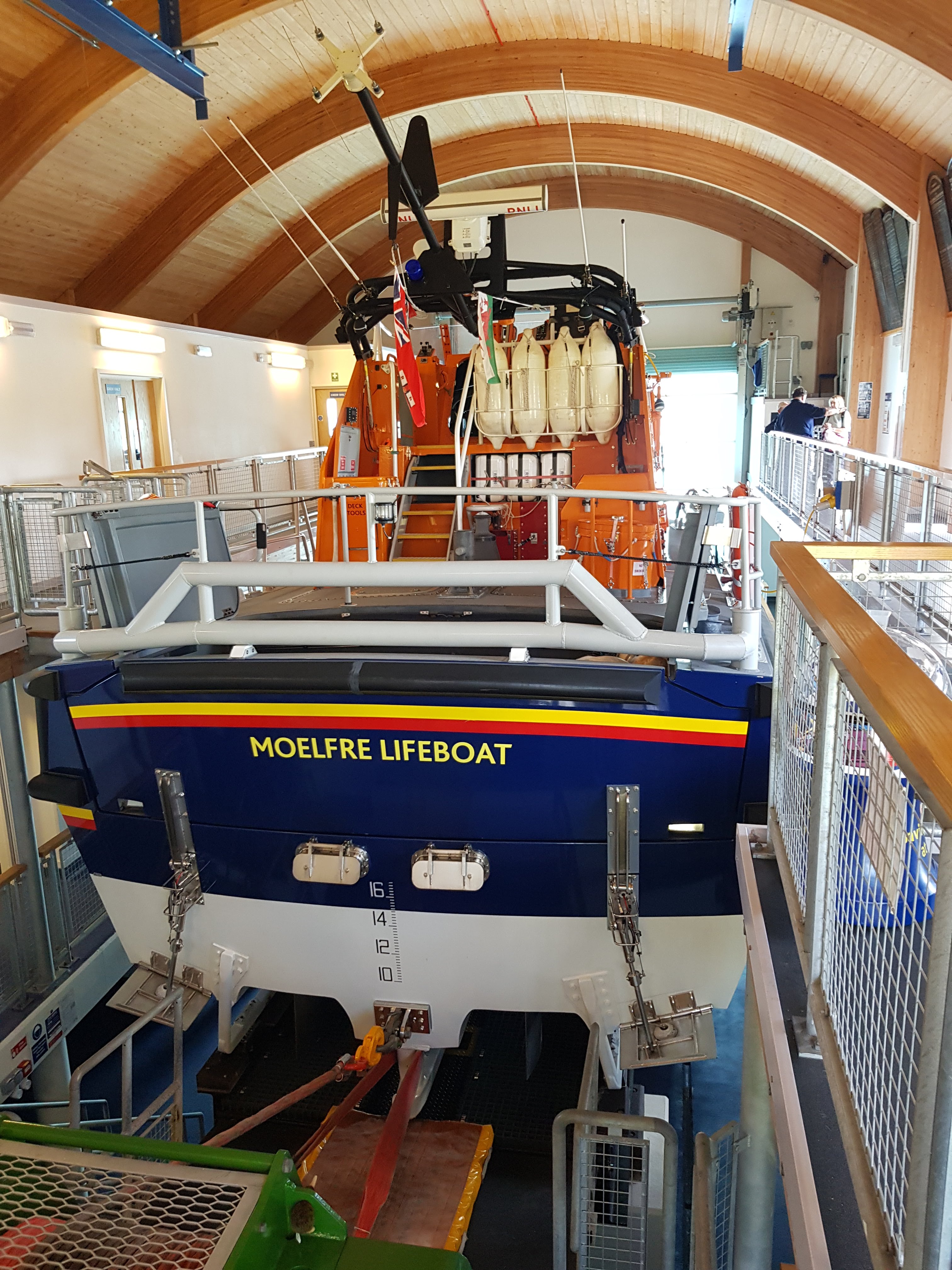 We were only visited Moelfre for a short amount of time so only a little pit stop. It is a quaint seaside town and if you go in the summer you are in for a treat. 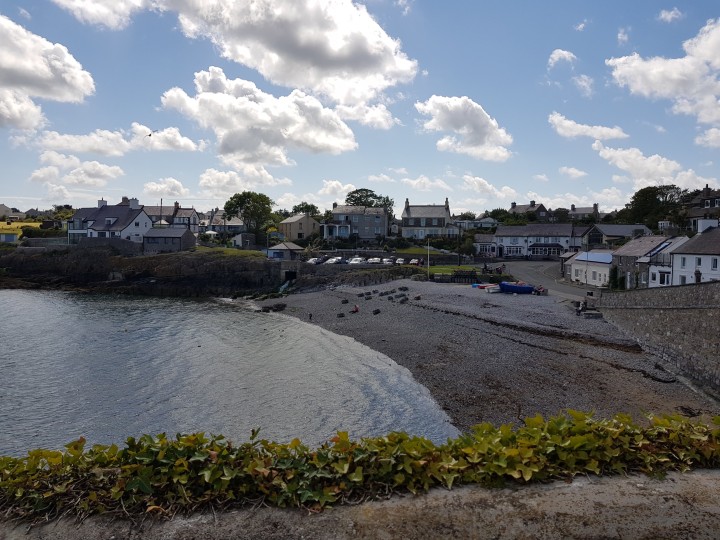