I am going to be honest and say that when it comes to Shakespeare I don’t always understand it.  The play has to be made accessible and easy to watch for me to understand the plot even if the actors are using Shakespearean tongue.

Quantum Theatre adhered to this rule, telling the classic comedy of love, magic and mystique in a way that all audiences no matter what the age could enjoy.

Reminiscent of ITV reality show Love Island. As if the creator- Shakespeare and the producers- the fairies. I found myself drawn to Athenians  Hermia, Helena, Lysander and Demetrius being all mixed up in some sort of love quadrant, that has been created by mischievous fairies.

Not wanting to compare Shakespeare to Love Island (who would have that would ever happen) this production of Midsummer Night’s Dream was far more interesting than the tv programme.

Even if you are now following the story through the language, you can follow it through music. I mentioned before about accessibility- the actors use pop culture references like popular music and clips from radio stations that help aid the story along. They also use gesture and physicality to help the audience understand each character and their story. 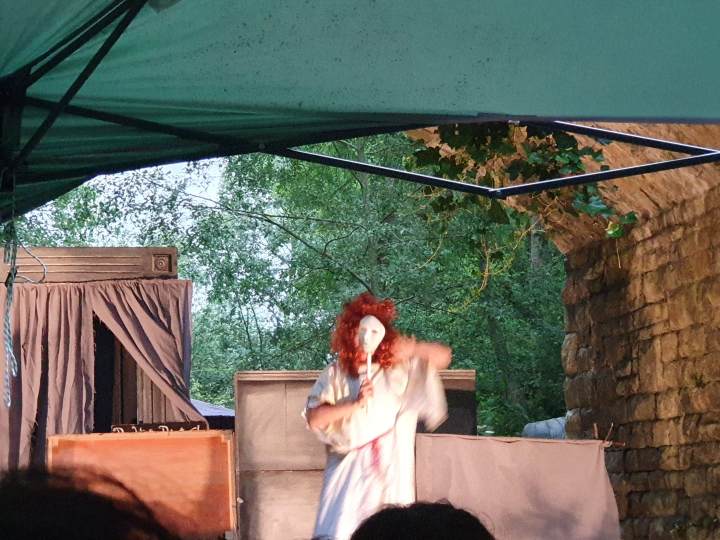 There are barrels upon barrels of laughter with this performance, there is never a dull moment. With only a small company of actors, the scenes are constantly flowing and there is never an awkward silence for a costume or scene changes.

I am annoyed with myself for comparing this performance to other references but the energy and comedy are like A Play That Goes Wrong.  It’s fast-paced and energetic and all-round full of fun.

Very similar to the set up of Wind In The Willows in that the set is basic and has that feel of pop – up stage and the costumes are very simple. But that does not distract or ruin the play in any way. If anything, the simple set just adapting to the venue of The Garden Station makes magic. Being set in the forest it allures the audience in and makes them feel apart of the show as if they are in the magical world of the imps and fairies.

What else can I say about this production other than it being so funny? If you are new to theatre or perhaps Shakespeare then go and see this version of A Midsummer’s Night Dream.