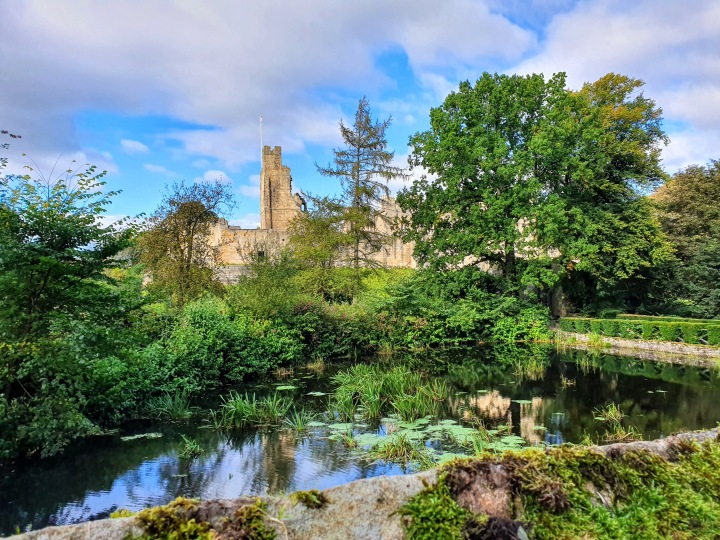 I have lived in Prudhoe since 2004 and I have never really looked into the history of the town before. Until I found a map of a Prudhoe Town Trail, I had no idea where I had got it from but I was intrigued to know more.

So I picked up the map and followed this trail.

It starts at the Tyne Riverside Country Park near the Railway, the map tells you about the meaning of Prudhoe and there are variations of the spelling such as Prudhow, Pruddo and it means Proud Heights which is the name of the mound that the castle stands on. 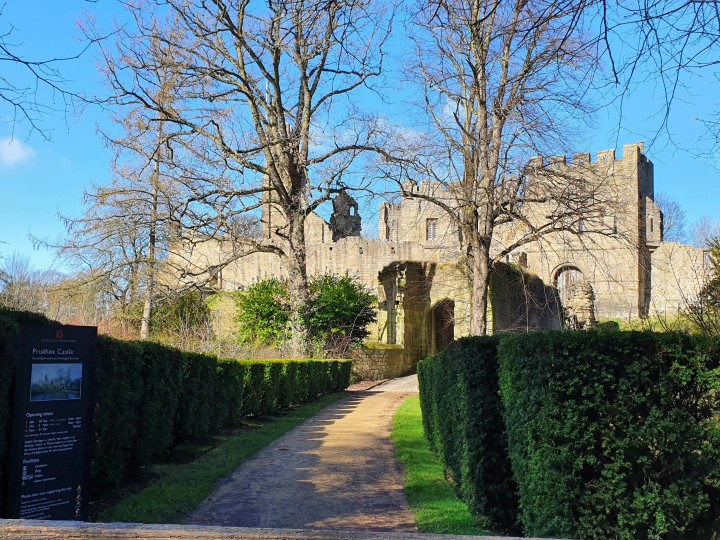 I was lazy and started at Prudhoe castle where I learnt that it was the only castle never to be taken by the Scots. Its chapel contains the earliest known oriel window in England. It is owned by the English Heritage, it is a stunning castle. Sadly it was not open when I was there that will have to be another trip.

Ahead of the castle, is an Orchard Hill. In the Orchard King William of Scotland invaded England and in his anger of failing to do this, he ruined the Orchard. The walk takes you through the trees, up some steps to the top of the station road. Cross that road and follow Kep Well Bank. It is called Kep Well because it is the only remaining well in Prudhoe. 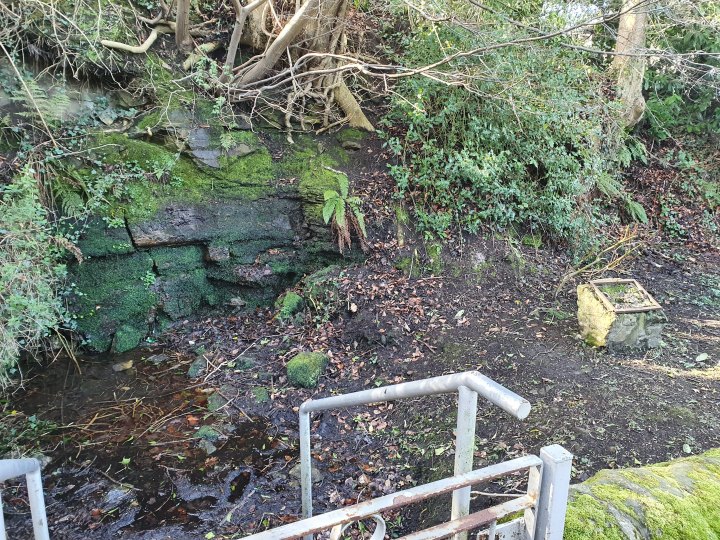 You find yourself at Prudhoe Road Ends, where you see the Syntax. In the 17th Century, it was a resting place for the stagecoach between Newcastle and Hexham.

Prudhoe is a strong knit community and during Remembrance Sunday, Prudhoe puts on a beautiful remembrance parade along front street.

On the map there are numbers, these numbers correspond to the viewing points and information plaques.

I followed the hill up towards St Matthew’s Hall, this the place that I go to vote. According to the trail, this area commemorates the Liddell family. The Liddell family were the local coal owners who lived in Prudhoe Hall. They were the benefactors of Prudhoe. They built the hall as a reading room. 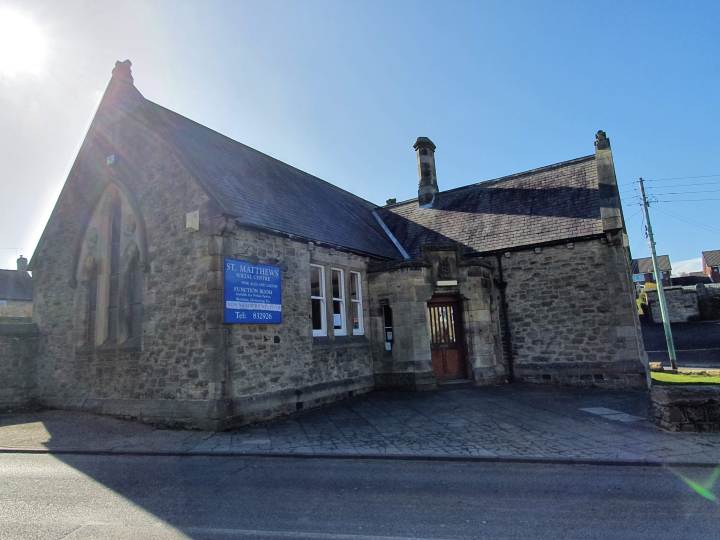 The emblem above the doorway there, are the initials of Matthew and Susanna Liddell. In 1889 Susanna built an RC Church at Prudhoe Hall. Her heir John Liddell had the church moved stone by stone to Highfield Lane where it is now.

Opposite the hall, is Prudhoe House. Where you can see an inscription on the wall that marks the spot where John Wesley preached.

I am not going to lie, after this, I got a little lost and was not sure where I was meant to be going or looking at.  I knew on Redwell Road there was another plaque so I followed it from there. I read about the Royal Britain Legion Houses that were built in 1928-29 for ex-servicemen from World War 1.  That area is called Drawback, it got its name from the Civil War when the troops drew back after failing to take the castle.

I then found myself at the East Centre. Today the East is an education centre for young people and space for adults to learn new skills and qualifications. 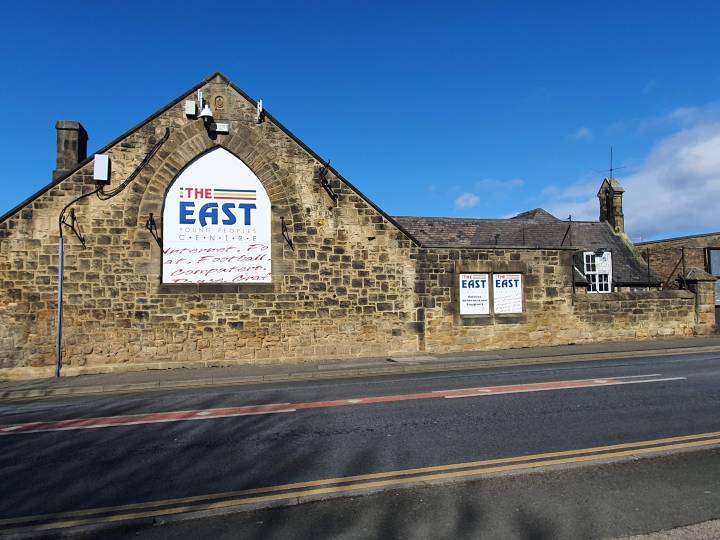 It was built in 1825 by public subscription and maintained by the Duke of Northumberland.  Prudhoe was a strong mining community so the population of Prudhoe increased, the east was used to accommodate the growing numbers of children.  In May 1998 HM Queen Elizabeth II visited the East.

The Trail reads about the history of Prudhoe and takes you into the modern-day and talks about Prudhoe Waterworld which I have been to and blogged about before. Click here to read those.   It talks about all the shops, services and cafes that are in Prudhoe.

This is the bus stop next to Prudhoe Waterworld, I love the poppy artwork. It brightens up your day and the bus stop.

The trail continues to turn right down Station Road at the lights, which was built in 1931 under the provisions of the Relief of the Unemployment Act. The road replaced the old route from the river to the town centre, the new route started a new generation for industry.

To end the trail walk down the hill passing Prudhoe Castle to the Riverside Country Park. I followed the front street rather than walking back down.  I really enjoyed walking the route on a sunny day and I now have a better understanding of where I live.